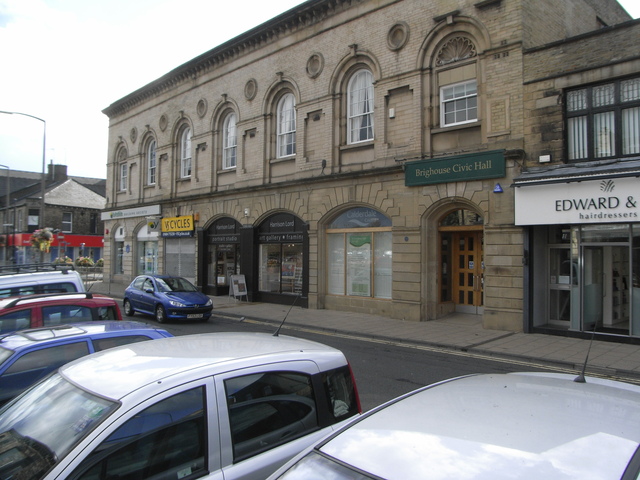 Located in Brighouse, Yorkshire. The Civic Hall was built in 1869 as a general purpose hall. In 1910 it gained a Cinematograph Licence and began screening films. By 1912 it was known as the Town Hall Cinema.

In 1922, it was taken over by Thomas Thornton and was refurbished to re-open as the Savoy Cinema. It had a 16 feet wide proscenium and a 20 feet deep stage. The Savoy Cinema was closed on 4th July 1959. It was then mainly used for live production, with occasional films.

In 2013, on the first Thursday of each month the Brighouse Business Initiative are converting the Civic Hall into a cinema for the evening to screen a popular film.

Refreshments are available both before the movie and during the interval.

The Civic Hall is a Grade II Listed building.