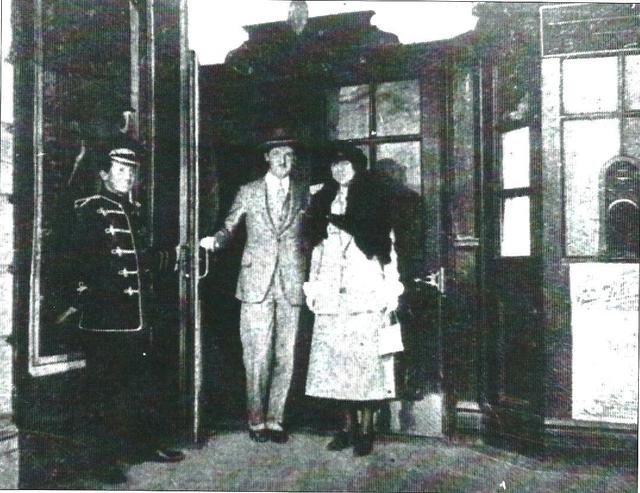 In Southend-on-Sea, Essex, the Princes Hall was built in 1896 at the rear of the London Public House. It cost £1,200 and could seat 400 patrons. In 1906 the owner was Arthur Schrynemaker.

Originally the hall presented variety, but by 1908 this had become a mixture of variety and bioscope shows.

After a short closure, during which it was re-seated and re-decorated, the hall re-opened on 16th September 1910 as the Princes Picturedrome.

In early-1912 the cinema closed for further reconstruction and re-decoration, re-opening on 10th May with a spacious balcony that increased the seating capacity to 500.

In 1920 the cinema was renamed the Avenue Cinema, when it came under the control of Avenue Electric Theatres Ltd. It was later owned by Meldrum and Searchfield.

The name changed again in 1925 when it became the Lyric Cinema. The lessee was Mr H. Gilder.

A minor, but interesting, footnote in cinema history occurred in January 1926, when Mr Gilder wrote to the Mayor’s Unemployment Committee to say that he would be unable to provide free tickets to the unemployed due to abuse offered to his female staff. On investigation, it turned out that some of the unemployed, who were designated the front two rows, felt that they should be allowed to sit further back, and had made their feelings known rather too forcefully.

The Lyric Cinema closed on 23rd January 1929, with “A Going Concern”, Albertini in “Thou Shalt Not” and also a ‘Bindle Millionaire Comedy’.

The cinema building was demolished. For many years the site was the car park for the London Public House, later The Tavern in the Town. More recently, that building has been home to Churchill’s wine bar, and then Mangetout bistro.