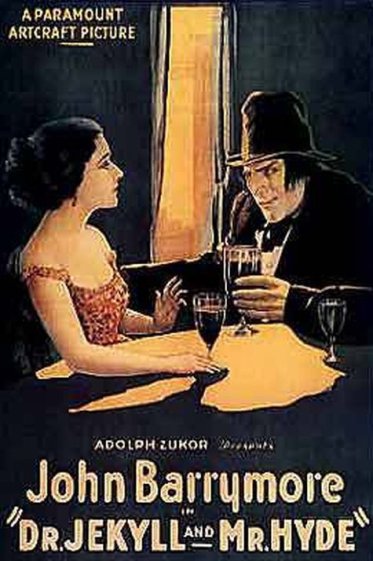 EAST GREENVILLE, PA — On October 24th at 2pm the Grand Theater will showcase the 1920 silent version of “Dr. Jekyll and Mr. Hyde”, starring Mr. John Barrymore, just in time for Halloween! The film will be accompanied by world-renowned organist Mr. Jeff Barker playing on the theater’s 1923 2/7 Marr and Colton organ. Tickets can be purchased in advance or prior to the show for $15.

This will be the third silent film screened at the 329-seat theater since it reopened after an extensive 11-month $¾ million dollar restoration in 2004-5. “Phantom of the Opera” was the first silent film featured on October 4th, 2009, on the Grand’s 85th anniversary. More recently showcased was “Steamboat Bill Jr” this past August.

The Grand Theater originally opened on October 4th, 1924. The organ now installed in the Grand is from the Rivoli Theater in Chicopee, MA. Instead of having an organ orginally, the Grand featured an in-house orchestra to accompany silent films until talkies first came to the theater in 1929. This of course was due to the co-founder of the Grand, Mr. Warren Fenstermacher being the conductor for the local East Greenville Orchestra!

The theater has entered its sixth year of operation under the current management. The owners, Ed Buchinski and John Schortz, purchased the theater in August 2004. They subsequently gutted the building, prevented the roof from collapsing and successfully restored the Grand to its original charm. On July 29, 2005 the Grand reopened its doors to the public with a screening of “Madagascar.”

The theater boasts 1920’s neo-classical charm, a scarlet curtain masking the screen, a tuxedo-clad staff, and a motto that going to the movies should be an experience in and of itself. Furthermore, the Grand hosts special and private events, including birthday parties. For more information on the theater, showtimes, and other events please visit the official website or call 215-679-4300.

Tickets for the October 24th show may be purchased at the box office during regular business hours or by sending an SASE with check to: Grand Theater, PO Box 244, 252 Main Street, East Greenville, PA 18041

Jeff Barker was born in England and began piano studies at age 5. He later attended the Manchester School of Music majoring in piano.

While still in his teens his interest shifted to the Theatre Pipe Organ and, as a result, he joined the Theatre Organ Club and the Cinema Organ Society. He was able to gain access to some of the organ equipped movie houses around his home town of Manchester and soon found himself playing for “Organ Interludes” at such places as the “Odeon,” Sale, the “Carleton”, Salford and the prestigious “Odeon”, formerly the “Paramount” in Manchester City Center.

In the mid sixties Jeff came to America to play a summer season on the Wurlitzer organ installed in the Surf City Hotel, a New Jersey shore resort. He decided to stay in America and is now a US citizen.

Jeff has a long association with Mr. Nelson Page, owner of the Majestic Star Entertainment if NJ; a past board member of the American Theater Organ Society, and operator of “Big Screen Classics” at the Lafayette Theater in Suffern, NY. Jeff has been Mr. Page’s organist for over 17 years. He also has played the Robert Morton theater organ located at the Palace Theater in Lake Placid, NY for the Adirondack Film Society since 1990 and is also the crew lead on the restoration of the Palace’s Robert Morton.